After discovering a local makerspace which has free open days, I wanted to try their laser cutter, for which I needed to provide a file in SVG format.

One of the challenges I set myself up for was to be able to create model and have series of scripts to do the rest of conversion for me. 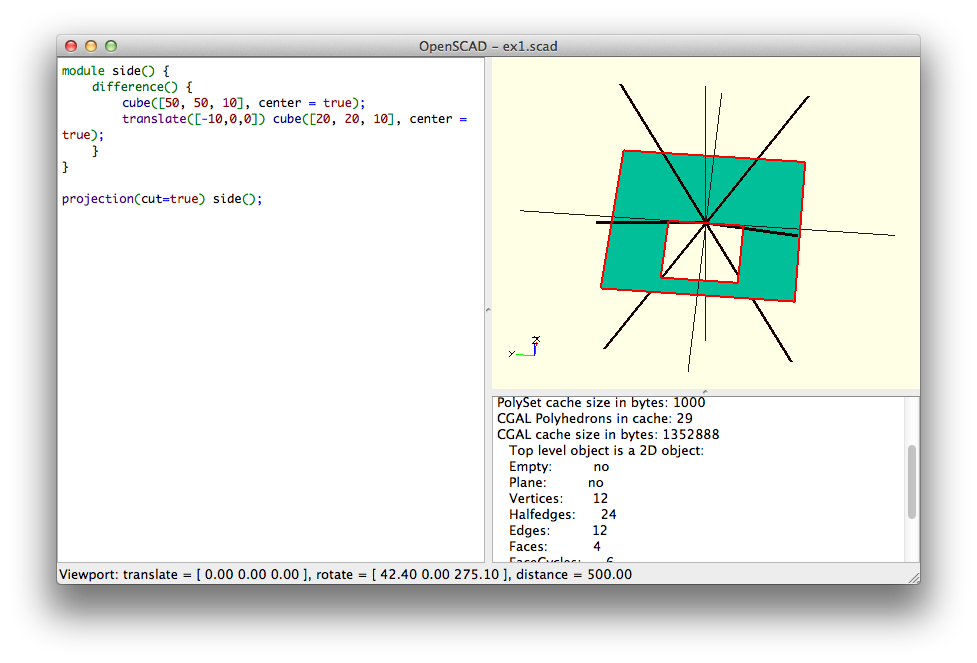 I started with a simple sliced model in OpenSCAD, which unfortunately only exported to DXF format

So I first converted to DXF

There are no tools out there to ease the conversion to SVG (on mac at least). Inkscape does support it, but getting it to run on Mac was a hassle. So I resorted to using FreeCAD which has nice python bindings, to write an export script

And then converted the DXF to SVG using this

Here is the final result